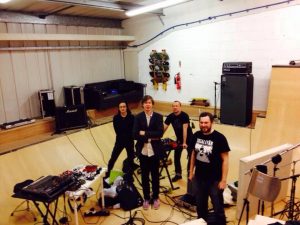 Merzbow (Masami Akita), Mats Gustasfsson and Balazs Pandi came to London on April 13th and April 14th to record a new chapter in the saga of CUTS with the participation of special guest Thurston Moore and to perform LIVE at the Oval Space. 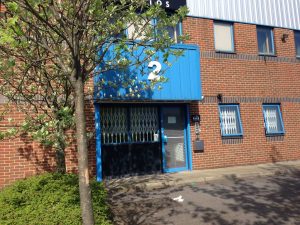 After some setup in the Studio/Skating Park 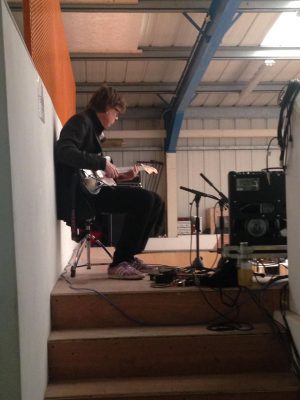 Things started to move up a gear

3 Incredibly intense hours later all had to take a break 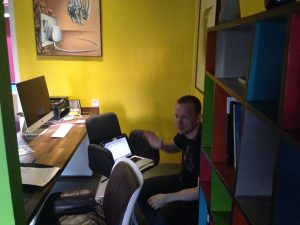 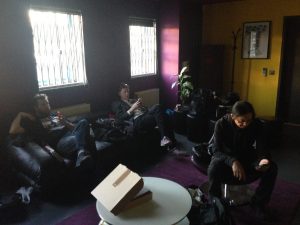 Results were utterly spellbinding. The new “Cuts” release will see the light of the day very early 2015 on RareNoiseRecords.

was the day of the live. People were at work industriously from mid afternoon

Incredible performance on the night by Merzbow, Mats Gustafsson and Balazs Pandi 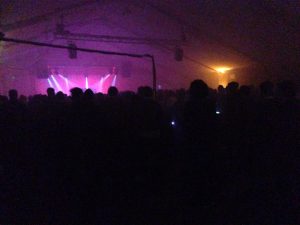 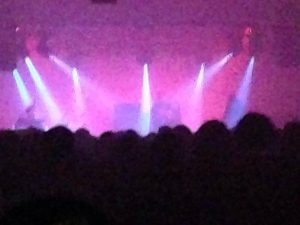 Then a well earned rest 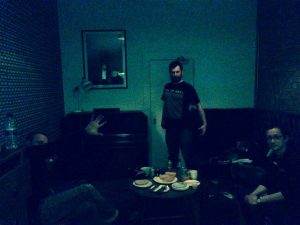 This is what they sounded on the night