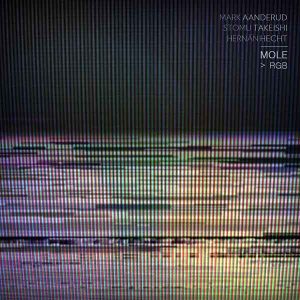 following up on yesterday’s post about ONE of Ivo Perelman, Joe Morris and Balazs Pandi, we would like to introduce you to the next release slated for Mid November 2013, the new album of Mole’ (whose official title we can announce to be “RGB”) this time as a trio with Mark Aanderud on Piano, Hernan Hecht on drums and Stomu Takeishi on electric bass.

Mole’ return on RareNoiseRecords after their first album What’s The Meaning? of 2011 which we also talked about here in the recent past and which earned great accolades from the press

We will soon update you with exclusive advance samples of their new music and videos of their recent Genoa/Gezmataz Performance – for the time being you may enjoy videos from a recent live perfomance of theirs in Mexico: