Mole’ Trio And Beserk! In Genoa 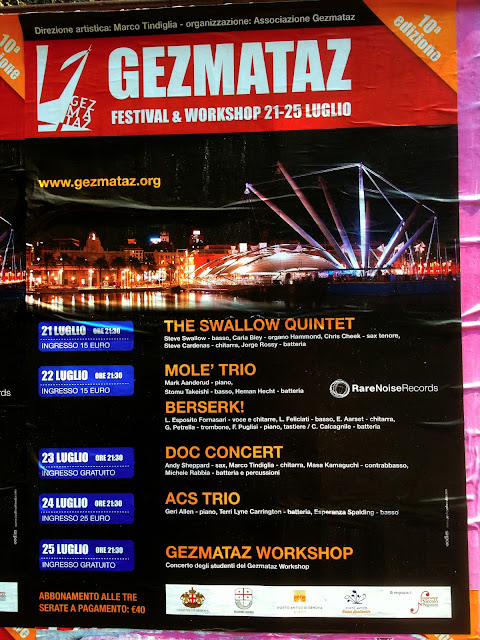 After walking about the town for a couple of hours, I returned to the hotel room to catch up on email and do some prep for the evening gig. I got there after the set-up but in time for sound check… 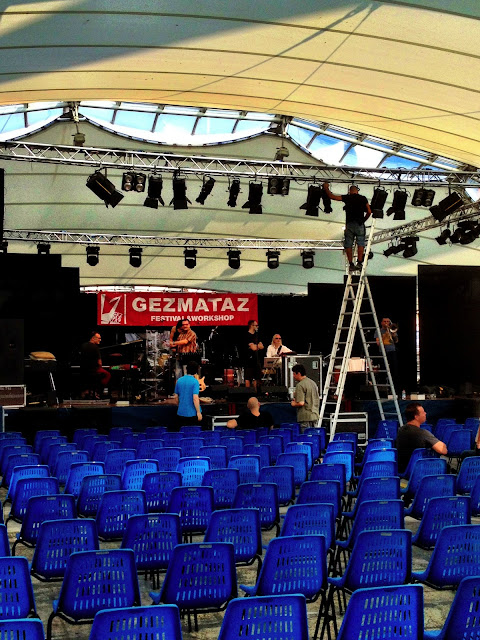 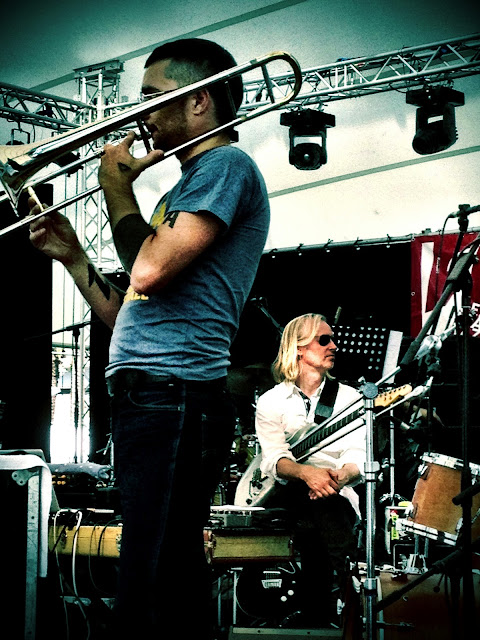 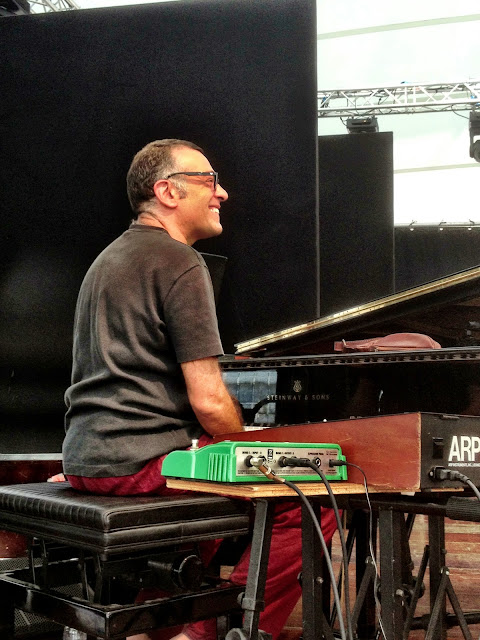 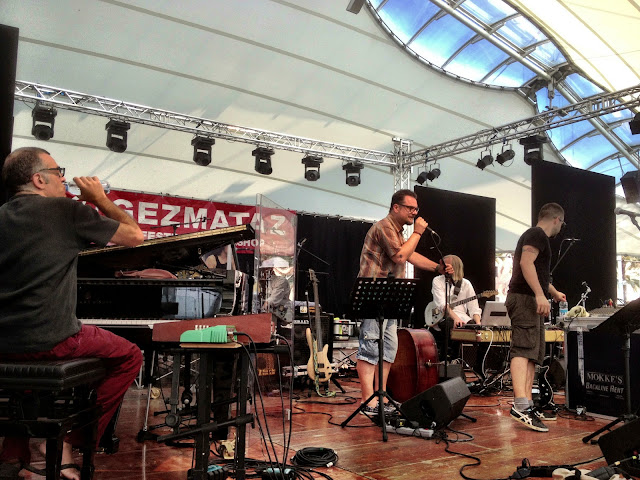 …and then a lovely meal at the side of the venue where I’d been the night before. No mosquitoes this time! 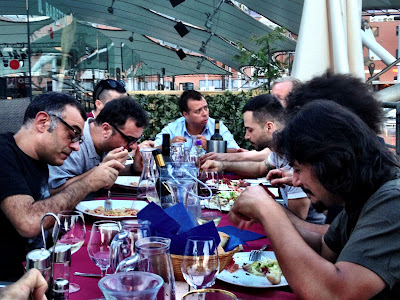 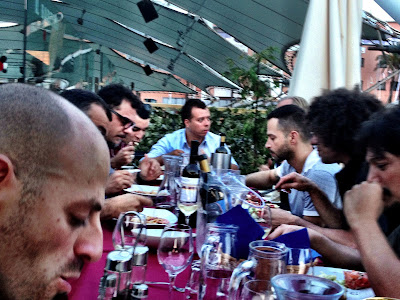 The organisers weren’t sure about ticket sales telling me that these shows didn’t depend on advance sales but rather walk-ins. Thankfully the walk-ins started doing just that as show time approached. At least 99.9% of those coming in would have had no idea what either band sounded like but were there for an evening of speculative entertainment. 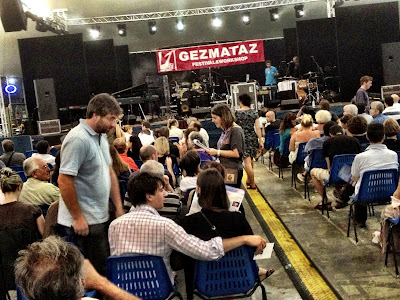 Mole’ were superb and greatly appreciated by a very respectable 300 good folks of Genoa (adoptive or resident). Beserk!’s more acerbic sounds had a more emetic effect on the more conservative and elderly attendees.

I watched from the hinterlands of the hall, that dead-zone place where bored spouses feel unbowed by the conventions of listening to the music or going through the motions of listening. Instead they irritatedly tap  at mobile phones with all the fury of a spurned lover engaged in a last-ditch blow out of revenge-based consumerism.

Beserk! were quite simply astonishing. Their sound is so far-reaching it’s nearly impossible to describe what they without deploying generic names about the place like so much confetti. If this picture reminds you of something alien landing from outer space then that’s probably as good a methaphor for what Beserk! are about. I mention to PR Lee that they really should be marketed as a rock band. 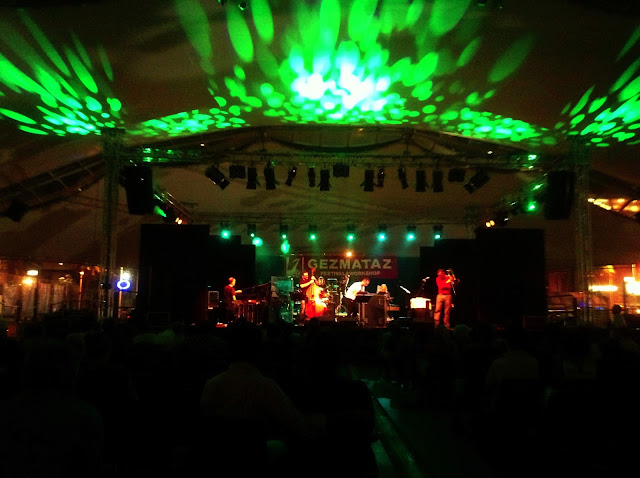 Take a listen here and see what you think