as we mentioned in the fourth chapter of our Myopic Retrospective, we have now finally prepared the ground for a Hyperopic Per-Spective of 2012.

The first couple of months of 2012 will start, as one expects, where 2011 ended – with the releases in the US of Winter Garden and Animation’s Agemo, which will be followed by a spate of new releases. Please be aware that the release dates vary by country, and that excluding FREQUENT FLYER, most of the artwork is not final) 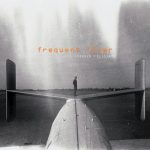 and here as her performs a track from the Album, “Law & Order”

Around November 2009 we were very honoured when Colin Edwin, bass player extraordinaire of Porcupine Tree acquired a copy of Arc by Parched, one of RareNoiseRecords’ first releases, featuring the combined talents of Eraldo Bernocchi and Davide Tiso. The seeds of artistic consonance between Edwin and Bernocchi have since flourished  and with the infusion of talent by keyboard-player/composer Jamie Saft and drum powerhouse Balazs Pandi (of Obake fame), have eventually blossomed into a genre-defying instrumental recording spanning the space between metal, progressive, dub, alternative…in a smooth and all-encompassing way. Utterly spellbinding

Very soon (probably early february) we will be able to share one or two tracks with you. For the time being head over to their website and read about it on Colin Edwin’s Blog.

In an article appeared on Fusion Magazine (the literary and Multimedia voice of the Berklee School of Music and community) David Fiuczynski defines the notion of “MicroJam”, which is central to this revolutionary and spellbinding release on RareNoiseRecords, as follows :

“Drawing on unique elements of western classical microtonality and ethnic folk melodies organized in a jazz/groove context, unheard of harmonies and counterpoint are possible. What sets this microJam apart from other microtonal music is its method of organization. Unlike the microtonal chromaticism of Julian Carrillo, the athematicism of Alois Haba and the post-Scriabin style of Ivan Wyschnagradsky (all venerable microtonal pioneers in western classical music), this MicroJam is not so much MICROtonal as microTONAL. The emphasis is on microtonal harmony that has a jazz-based modal origin. New harmonic colors can be expressed vertically through the stacking of, for example, an Arabic maqam (a type of Arabic mode) into chords based on 3rds or 4ths over a tonal center – in other words, harmony derived from a microtonal chord scale. This is not done in eastern music traditions or modern classical music. Music from the Middle East and Asia rarely has chordal harmony and in the modern western classical tradition, either tonal centers are avoided or harmony is produced from counterpoint. In our ever-shrinking global village could Global MicroJam be a shape of Jamz to come?”

Or, as the artist himself wrote in his tweet  ” … all the out of tune notes you always wanted to hear in a funky setting”

It is hard for us to describe the incredibly subtle and mesmerising, at times overwhelming beauty of compositions to be paraded in “Planet MicroJam”, which range from a microtonal re-writing of a fragment from Beethoven’s 5th Piano Concerto to microJam arrangements and performances of microtonal works by Juan Carrillo, Alois Haba and Sun Ra, exquisite arrangements of traditional songs and delightful original compositions by David Fiuczynski, all played by musicians of  unbelievable caliber, from Fiuczynski himself to Evgeny Lebedev, David Radley, Takeru Yamazaki, Evan Marien, Jovol Bell, David Ginyard, and including two guest perfomances by drum masters Jack DeJohnette and Kenwood Dennard.

For the time being, here is “Drunken Longing” recently performed in NYC

Shards of light and guitar poke the thick, incessant, impenetrable mass of layered drum rhythms as maelströms of liquid organ notes form and dissolve, to embrace, fracture and propel this aural light. The incredible Roy Powell, who also plays organ and keyboards on Naked Truth, master drummer Jarle Vespestad and guitarist extraordinaire Jacob Young (the last two partners in repeated ECM releases) deliver their second recording (after their previous Anthem) as a trio, this time under their new name InterStatic.

The recording is currently in the final mastering stage – we will soon share a couple of tracks with you all for you to fully appreciate its greatness.

MOLE (or MOLE Productions) is the Musical Juice Collector of the incredible Mexican pianist Mark Aanderud and Argentinian-born and mexican resident (and Brainkiller drummer) Hernan Hecht, here joined by the amazing David Gilmore on guitar and the wonderful Jorge “Luri” Molina on bass. Swinging, poly-rhythmic, incredibly melodic, the new album by MOLE is nourished by the movingly beautiful compositions and virtuosistic piano work of Mark Aanderud, whilst being propelled forward by the jazz/rock/drum’n bass drumming of Hecht and the scintillating guitar-work of Gilmore.

Soon we will be sharing one or two tracks from this beautiful album by a quartet which we think has the potential to follow in the steps of EST and Phronesis.

Here in 2009 in Mexico (audio quality is not exceptional, but you will get an idea of the energy of their live performances)

After 2011’s Asiento and its Spin-Off Agemo (also here) comes the first work by Animation which was recorded wholly in-house (in Bill Laswell’s studio in West-Orange, New Jersey), under the watchful eye of James Dellatacoma. 2011 was a year of rebirth and intense transition for Animation, as it was brought back to life via the release of the 2006 re-make of Bitches Brew (Asiento), then played a number of gigs  a hybrid formation, featuring Bob Belden on sax, Tim Hagans on trumpet, with the astonishingly young Jordan Gheen on keyboards, Jacob Smith on bass and  Matt Young on drums.

Here at the Jazz Standard (and here the review by JazzTimes)

performing a track from Transparent Heart.

Here, finally, as they played live on a show on WBGO, The Checkout, produced by Josh Jackson just prior to playing at the Jazz Standard.

The formation of Animation has now coalesced and stabilised around Bob Belden, Peter Clagett, Roberto Verastegui, Jacob Smith and Matt Young. Soon we will have one or more tracks to share with you all, as it is quite unmeasurably beautiful.

2011 saw the release of Naked Truth’s first recording, Shizaru to good critical acclaim – witness Carole Banks’s recent review in TheExaminer “…in ambient, avant-garde jazz-fusion, the hardest thing to do is make the visionary, experimental music melodically easy to follow and impossible to forget. Naked Truth does exactly this in “Touching Corners.” Whoever came up with the fan- and serious musician-friendly melodic line strengthening throughout this rocking, haunting groove, is an off his rocker prophet. It’s easily the best single for a cross-over hit, combining hard-driving rock with an ethereal, ballet-like loveliness. The cascading, intensified piano amplifies an urgency of purpose.”

Naked Truth then performed in Genoa (with Brainkiller), at the Gezmataz Genoa Jazz Festival, as part of a RareNoiseRecords – themed night (about which we will talk in the near future) with the appearance of Nils Petter Molvaer

After Cuong Vu decided to focus on his own projects, Naked Truth found a new stable member in the incredible Graham Haynes, and headed to Bill Laswell’s studio in West Orange to record their second full length. Having had the honour of being there we assure you it takes a further step into the future of music. We can’t wait to share some of the results with you – shortly we will be publishing an EPK and diary of the recording days in New Jersey.

Before we leave you, let us say we have two/three more cards up our sleeve for 2012 – Brainkiller, for example, will tour Mexico in March 2012, appear at the Vive Latino festival and record their second album for RareNoiseRecords …