Given we focused so much time writing about current releases  (see Winter Garden Release, Agemo Release and Ghost Dance Release), we thought we should take the opportunity to cast a critical and when possible insightful glance on our admittedly recent past, and on the releases that have helped us define it.

The first release by RareNoiseRecords in May 2009 was the beautiful Meditronica. Italian musicians Ashtech and Paolo Polcari were the minds behind this release walking the tightrope between dub, electronica and lounge, taking a leaf from both Italian dub/reggae/trip hop outfit Almamegretta (of which they were both members) and Massive Attack (With whom Almamegretta played on a number of occasions and whose track Karmacoma Almamegretta had remixed as “The Napoli Trip Mix“). In this venture they were accompanied by Eraldo Bernocchi on guitar, Dub Gabriel on further beats and the voice of Raiz (former lead singer of Almamegretta) who added his haunting voice to “Dame Paz” (sung in spanish) and “Ki Eshmera Shabbat” sung in hebrew. Gaudi’s wife Poppy Kinloch lent her vocals to “The Third Planet”.

The artwork of Meditronica was created by renowned Italian visual artist and artwork designer Petulia Mattioli starting from a photographic work of the late D.RaD, central member of Almamegretta whose life was prematurely cut short. We are thankful to the family of D.RaD for making this possible. The whole recording is dedicated to his memory. 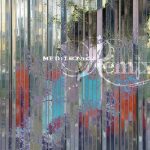 The twin brother to Meditronica, Meditronica Remix was released about one year later. It features remixes of  5 tracks from the original (Mediterranean Electronics, Dame Paz, Andromeda, Third Planet, Ki Eshmera Shabbat) masterfully rendered by masters of the genre as Cardopusher, Raz Mesinai (Badawi), Scorn, Dub Gabriel and Gaudi himself – whose remit was to extract the seams of dub, mediterranean and electronica present in every track and push it to the very limits. Nowhere is this more apparent that in “Andromeda Remix” transformed by Scorn into an incredibly dark, brutal and monolithic wall, eons away from the delicate, airy composition lying at its roots. The artwork again was created by Petulia Mattioli, starting here too from a photograph of the late D.RaD. We are thankful to the family of D.RaD for making this possible.

You can get your copy of Meditronica and Meditronica Remix in physical (CD Digipack) and digital formats from our Store (and needless to say in all good shops around the physical and virtual worlds).

RNR002 – THE MANTRA ABOVE THE SPOTLESS MELT MOON – ROOMS (EP)

Hot on the heels of Meditronica came Rooms EP (late summer 2009), the first EP by a wonderful post-rock/prog-rock band from Naples, The Mantra Above The Spotless Melt Moon (Adriana Salomone on voice/guitar, Davide Famularo on bass/synth, Maurizio Oliviero on guitars and Salvio Sibillo on drums) Where did we find them? On MySpace of course…Rooms collected tracks from their post-rock roots (such as The Fog, whose wonderful video was directed by the young and great romanian animator Anton Octavian who would go on to create two more videos for the band), a collaboration with Eugene Robinson and a track that anticipated their full length 2010 release, Defeated Songs (Rooms). The artwork was a creation of portuguese Helder Pedro Moreira whose intense and dreamy landscapes would also grace Defeated Songs in 2010.

You can get your copy of Rooms EP in physical (CD Digipack) and digital formats from our Store (and needless to say in all good shops around the physical and virtual worlds).

The summer of 2009 saw the release of a much agonised and prepared CD+DVD release – “Nihon” by Method Of Defiance. All started in Paris, Anno 2008 – a meeting with legendary producer and bass player Bill Laswell resulted in us being handed the masters of two recordings, Nihon and Torn From Black Space by Death Cube K (more on it later) for future release. We went digging, and discovered that the live performance Nihon (Live at the UNIT in Tokyo early August 2007) with Bernie Worrell on keyboards, Toshinori Kondo on trumpet, Guy Licata on drums, Dr Israel on console/voice and Bill Laswell on bass had been filmed despite assurances that it would not … So we asked for the video, and low and behold got it … after much editing with Rory Cantwell a wonderfully avant-retro DVD video was engendered … Method Of Defiance.

The only way you can lay your hands on the original DVD is to buy Nihon in physical (CD + DVD double Digipack) from our Store (and needless to say in all good shops around the physical world).

An answer to all those who asked: “Will RareNoiseRecords ever release the Montreux 2009 Performance of Method of Defiance?” The answer is unfortunately no, for the foreseeable future (that which we cannot foresee we cannot talk about without generating kantian antinomies).

The next cat from the 2009 bag was Torn From Black Space by none other than Death Cube K (an anagram of Buckethead for ambient-oriented releases). Once endowed with a quasi-mythical status and mistaken for other releases of DCK this was the Real Thing. The It. The Missing Darkness. The Dark Quan. Die Sache aller Sachen. Enough said, other than to note that it features Bill Laswell and DJ Submerged producing some of the most goosebump-inducing music we ever listened to. Jeffrey Dahmer’s dreams were more pleaseant, for sure.

We personally use it to force plants to grow without water and truly love it to bits.

See you all next episode …