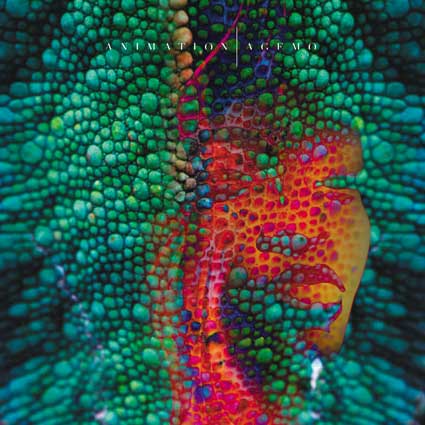 The term “Agemo” refers to a deity within the pantheon of gods of the West African spiritual practice Santeria (Vodun) which embodies the characteristic of “Change” and “Transformation” and is often represented as a CHAMALEON. Agemo is therefore a Hymn To Transformation, as seen through the lenses of technology and creativity.

Asiento was an interpretation of Miles Davis’ seminal work, Bitches Brew. Agemo takes Asiento and “folds” it onto itself . A Dream within a Dream.

Disc 1 of Agemo, focusing on the emotional impact of change through technology, is a 3D60 mix of the Animation’s previous release, Asiento (RNR017), which saw Bob Belden’s seminal Jazz+drum’n bass band interpret Miles Davis’ Bitches Brew. This exclusive and innovative mixing process (already witnessed on The Orb + David Gilmour’s “Metallic Spheres”), devised and honed by Mike Brady, Ian Thompson and Youth (www.3d60.co.uk), focuses on both increasing the dynamic range (20db!) of the music and providing a 3-dimensional HEADPHONE listening experience, the likes of which most users will never have had experience before. Disc 1 of Agemo will also shortly be available from our store (www.rarenoisestore.com) and selected others as 24bit/96Khz FLAC digital for Audiophiles.

Listen to the 3D60 Version of “John McLaughlin”  – PUT YOUR HEADPHONES ON!

Disc 2 of Agemo, focusing on the emotional impact of change through creativity is a Remix of the original Asiento. 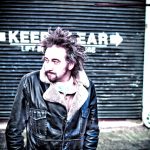 The original six tracks, “Pharaoh’s Dance”, “Bitches Brew”, “John McLaughlin”, “Miles Runs The Voodoo Down”, “Spanish Key” and “Sanctuary” are taken on by absolute masters of their craft, in order Bill Laswell, DJ Logic, Youth (producer of The Verve and Paul McCartney), Gaudi, Fanu and Joaquin “Joe” Claussell, as they reconstruct and reinterpret the original material to extract the essence of what Bitches Brew means to them – spacing from Dub to Funk to Breakbeats to Dancefloor and r’n’b.

US distributor : Darla Records (please contact james@darla.com for stock enquiries in US)