2011 will close with three  fascinating releases which will bring a fascinating year to the end. 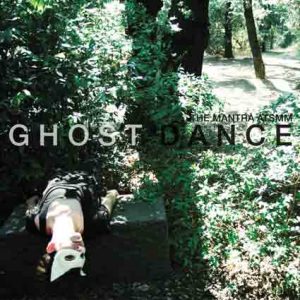 On the 24th of November THE MANTRA ABOVE THE SPOTLESS MELT MOON will see their second full-length album,

released on RareNoiseRecords (RNR022). Ghost Dance is the follow-up album to their 2010 debut, “Defeated Songs” and was also recorded at Monochrome Studios in Eboli, under the watchful eye of producer Luigi Nobile.

In Ghost Dance, the Mantra ATSMM reinforce their ties to their native Naples – the unhealthy, beaten down symbol of Italy that is still grand and romantically decadent and generous in dispensing breathtaking vistas.

The connection is immediately apparent during “Heads or Tails”.  Written in 5/4, the time signature of folk dance, the Neapolitan Tarantella, it features Vesuvius, the grand old angry volcano itself – the beautiful yet cruel master of its surroundings; the backdrop to the old city always threatens to awaken.

All the characters in this recording (Harlequin, Manao Tupapao, the Wolf, the Melancholic Blue Army) are transfixed ghosts, dancing hypnotically against a timeless backdrop. At times reminiscent of Kubrick’s 2001: A Space Odyssey, at others sounding like the holy processions of the southern Italian region of Campania, and some evoke languid atmospheres, typical of Gauguin. Listen to “Blue Army”

The characters tell tales of joy, drama and inadequacy as they paint a sense of emptiness around them in a manner both ironic and theatrical and always deeply moving. It couldn’t come from the heart any more than this.

The Album will be initially officially released to the UK and the US, with Italy to follow properly early 2012. The Mantra ATSMM will be touring the UK (London and the North) early 2012 (January/February), Italy mid-march to June and July and with possible stints in Germany late spring 2012.

GHOST DANCE will be available from November 28th from the RareNoiseStore (www.rarenoisestore.com) for worldwide shipping as CD SOFTPACK WITH 12 PAGE BOOKLET, and digital as .flac/.mp3

US distributor : Darla Records (please contact james@darla.com for stock enquiries in US)

To get Stock of Ghost Dance in Europe contact darren@cargorecords.co.uk.