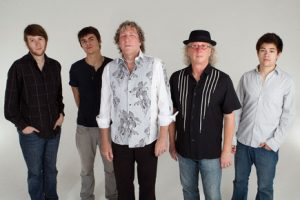 At his lowest point, Grammy Award-winning producer-arranger-composer Bob Belden was too weak to get out of bed. His personal nightmare was compounded by the fact that two clients either delayed or reneged altogether on payments of $32,000 for work he had done. Faced with a bad cash flow problem, he let his health insurance lapse. Unable to afford the expensive medication needed to combat a chronic illness that had compromised his health since the mid-’80s, Belden went cold turkey, which led to a complete physical meltdown. Friends and associates wondered aloud if he would make it.

Four years later, Belden, 54, has rebounded in triumphant fashion and is back on top of his game, busier than he’s ever been in his long and productive career. He’s recently had his hand in three separate projects, all of which have some connection to Miles Davis. As Chick Corea puts it, “Bob Belden protects the creative imagination of Miles with his understanding and love of Miles’ life’s work.”

Long regarded as one of the foremost authorities on the trumpeter, Belden was hired by Sony to produce a series of box sets through the ’90s and early ’00s containing Davis’ fabled Columbia output. Concurrently, he racked up accolades and Grammy nominations for his work on such projects as Tim Hagans’ Animation-Imagination (1999), Re-Animation: Live (released in 2000 and credited to Hagans and Belden) and, under his own name, 1996’s Shades of Blue, 1997’s Tapestry and 2001’s sweeping, operatic Black Dahlia (all on Blue Note). He says of that final project, “I put all of the feeling of a slow, agonizing death into Black Dahlia, the despair and loneliness and uncertainty of life itself.”

Following on the heels of 2008’s Grammy-nominated Miles From India, Belden undertook another ambitious project in Miles Español, due out in late September on eOne. Featuring an all-star cast including Miles Davis alumni Chick Corea, Jack DeJohnette, John Scofield, Ron Carter, Sonny Fortune and Sammy Figueroa, along with such renowned Spanish musicians as pianist Chano Dominguez, guitarists Niño Josele and Jaco Abel, bassist Carles Benavent, flutist Jorge Pardo, accordionist Victor Prieto and Galician bagpiper Cristina Pato, this recording represents the best in cross-pollination, wherein all of the participants bring their individual perspectives to the table while sharing a common language. As flamenco guitarist Josele puts it in the project’s EPK, “I think that jazz and flamenco have a lot to tell one another.”

“It’s a mix of folk music and the language of Miles and Gil Evans,” adds Belden. “It sounds like what happens when you take a seed and watch it grow. So you have the Miles Davis guys who want to play this kind of Spanish music, and then you have the Spanish guys who already play this kind of music wanting to play with the Miles Davis guys. And yet none of this stuff sounds anything like Miles Davis’ music, nor is there any particular clichéd Latin-jazz style present. So these musicians who played with Miles have grown to the point where they can adapt and play comfortably with musicians all over the world. And in a way, that’s the tribute to Miles.”

Corea contributed the tune “Trampolin,” performed with drummer Antonio Sanchez, Carter and Pardo. Scofield brought “El Swing” into his session for performance with Corea, DeJohnette and bassist Eddie Gomez. “My tune is really a tribute to the elements of Spanish music that already exist in jazz,” the guitarist explains. “I guess all jazz is world music!” Adds Corea, “Getting together with Jack DeJohnette, Ron Carter and John Scofield couldn’t help but conjure Miles’ subtle but powerful influence on all of us.”

While there are a number of Miles tribute recordings out there these days, Belden’s painterly approach on Miles Español, recorded at Sear Sound in New York, is easily the most intriguing and organically realized. “If you don’t have to imitate the Miles and Gil record by transcribing the original arrangement for a big band, then you can deal with this music as folk songs,” he says. “So on this project we spread the grand-scale idea out over a bunch of individual elements that together are unified by a concept of Spanish music, Arabic music, flamenco music, Gypsy music, Miles Davis and Gil Evans. And when you bring these musicians together, they have a cultural bonding that lets loose of the expectations of what they’re supposed to make. They loosen up and create music that’s just there.”

A different kind of homage to Miles is offered on Belden’s Asiento, a document of a 2006 performance at Merkin Hall in Manhattan with his Animation band: trumpeter Hagans, keyboardist Scott Kinsey, bassist Matt Garrison, turntablist DJ Logic and drummer Guy Licata. Originally recorded by the BBC, it was only recently released by the U.K.-based Rare Noise label. Label head Giacomo Bruzzo had seen clips from the concert put up on YouTube (along with some 300,000 other viewers) and became determined to put out this raw, hard-hitting music on his renegade label. “I was familiar with the Animation band from their two Blue Note releases,” says Bruzzo, “and I found them fascinating. Their use of drum ’n’ bass was even pre-dating [Bill] Laswell’s, and this was being done on what was essentially a major label [Blue Note/Capitol]. This was unique and way ahead of its time.”

Bruzzo was alerted to the 2006 Merkin Hall performance by Licata. “I heard the music from this concert,” explains Bruzzo, “which to me sounded like having Weather Report playing tunes from Bitches Brew. There was an obvious opportunity there to put out this music, and I decided that it had to be done.”

Bruzzo came up with the album title, a Santerian term for rebirth. “We first put the record out in the U.K. and the reaction was quite good,” he says. “Some jazz police were angry, but I was quite happy about that. We later released it in the States. And then when I asked Bob, ‘What’s the next step?’ he wanted to start from scratch with a new band of young guys, and I liked the notion.”

With Kinsey and Garrison involved in co-leading their band Human Element (with drummer Gary Novak and percussionist/vocalist Arto Tunçboyaciyan), Belden grabbed three hungry young players from the University of North Texas while retaining Hagans. Keyboardist Jordan Gheen (20), bassist Jacob Smith (21) and drummer Matt Young (18) now bring an unbridled sense of energy and wide-open experimentation to the band. “If you listen to the Merkin show you can hear where Scott and Matt are pulling the music into their thing,” says Belden, who plays soprano sax. “And that’s why they have that band Human Element, because that’s more of what they really want to get into. So I had to find people whom I could pull in that were less jazz-fusion and more electronica.”

Performing their debut gig in early June at McCrady’s in Charleston, S.C., Belden’s new outfit generated sparks on the bandstand on two original pieces, along with audacious interpretations of Davis’ “Miles Runs the Voodoo Down” and “Bitches Brew.” They also recorded studio versions of those same tunes for Rare Noise, utilizing the revolutionary new 3D60 sound technology that creates a three-dimensional surround-sound headphone mix.

In the fall, around the time of his next RareNoiseRecords release, Belden plans to perform with his new Animation lineup in a surround-sound setting at Le Poisson Rouge. “This is what I do,” says Belden of his latest adventures with Animation. “Everything’s possible with this band now. I’m not restricted because I’m not on Blue Note or some major label, so I can take these chances. And with these young cats, the idea is to not burden them with all these specific details about tunes. Instead, it’s ‘Here’s the vibe, here’s the energy, here’s the total texture,’ and then we play on top of it. So I keep it very vague and they fill in with intuition on the gig. And since they’re not forced to look at music paper or read arrangements or play fusion, it can just go places.”