No not that wonderful classic album but a remarkable, way ahead of its time, thought provoking 40 year old documentary that I recently watched, if you can find one hour in your hectic technological controlled human existence, it’s highly recommended – Orson Welles to boot! 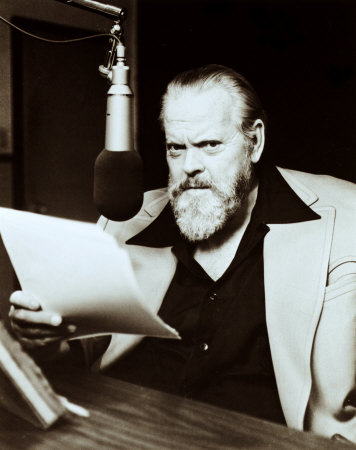 But anyway, it got me thinking, is the album dead? Do we have the time or inclination to listen properly to a body of work composed by an artist(s) who may have taken one day or ten years to create those eleven odd songs or that one track seventy two minute musical opus.
Is there no need for a passage of work to be presented anymore or an intriguing concept (Script for a jester’s tear, what was that about btw? – I had a 6foot Fuzagi album poster on my wall, so no heckling please!) But with iTunes, we can live our lives on one long musical shuffle -“I love the randomness of the selection”- where is Bill Hicks when we need him!
Yes, we have all bought an album on the strength of one mighty fine tune and found there were simply no more to be had but in this bloggers opinion, the long player is alive and well, however it’s digested. We just need to find that quality time, when there is so much else to distract us for some deep thinking aural pleasure. If the track is that bad, skip and maybe you’ll discover further down the line, that it’s actually a lost classic – then again, maybe it isn’t but sometimes things do mature gracefully!
Download singles are currently booming, the single is the base unit of pop again and that surely is no bad thing. Then there is the other musical world where we judge an artist who delivers a body of work, music taste is all based on opinion and we certainly all have one of those. Recently there has been much discussion saying that Rock music is dead as a commercial genre due to only three songs featuring in the official UK single chart last year – on that basis Rory Gallagher never existed!

A club opened in London recently, where you all sit, in silence and listen to a classic album in its entirety, you then discuss the album after. Played on vinyl (re- mastered naturally!) on a Sunday evening. The next classic is “Innervisions ”, personally have played that one to death, so will skip but if they chose, “Future Shock”, then I might well go – see there was an actual thread to this article!

Albums shouldn’t be expensive; they aren’t anymore compared to the major record company greed that happened in the 90’s. You could argue that the so called filler makes the mighty fine tunes stand out even more. Pink Floyd finally crumbled and allowed iTunes to sell individual tracks but can you imagine buying “Alan’s Psychedelic Breakfast” only, it would probably leave you somewhat bewildered – 79p for the sound of Alan ( a Floyd roadie), cooking his eggs and bacon.
In comparison, when you visit a cinema you spend on average £12, you don’t actually receive any physical content for this (possibly 3D glasses if you steal them) but you are provided with a visual experience that will hopefully stay with you for the rest of your life and considering all films are consistently good throughout and thought provoking, then this a deemed a fair price. You can always purchase the sell – through DVD after if you enjoyed it that much, for another £12. Premiership football games are all superb, brilliant from start to finish, and certainly worth the £50 odd asking price, especially if you see a goal. Computer games are similar, all games are simply breathtaking throughout and you always finish them, making them worth the £40 odd investment……
So take a risk, buy an album in whatever format suits you the most. Listen to it first, via a stream if need be, download (legally) buy it physically online or even go to a record shop , then upload it and give the cd/vinyl to a friend who needs to be musically educated but has more storage capacity than you! Delete that track if it really is that bad but remember the blood sweat and tears (Child is the father to the man – what an album!) that may have gone into its creation – long live the album and all those that sail with her.